As composers and accomplished classical guitarists, Michael Dadap and Florante Aguilar float freely across musical idioms, drawing on an array of sounds from indigenous music to orchestral works. Both classically-trained, Dadap and Aguilar are deeply rooted in the folkloric traditions of the Philippines, capturing the attention of international audiences with their dynamic ensemble playing. Their compositions and arrangements for guitar reflect the culmination of influences – from both their homeland and the western classical tradition.

From Cavite to Leyte

Michael was already an established musician when I met him while I was a student in the Philippines during the late 80s. As I remember it, he was performing a lecture and masterclass at the school I was attending.

He encouraged me to study music in New York. With $100 in my pocket, Michael helped me transition and settle in the city.

At that time, I considered Philippine music unworthy of my time and wanted to master the European classical tradition. It wasn’t until I got older that I understood what Michael was doing. He led by example, his untiring efforts to champion traditional music from the homeland – the very music that I grew up with – highlighting it in the international stage was the inspiration and spark that led to my musical path.

We later lost contact for about 20 years due to my settling in the West Coast. During those years, we took different career paths – Michael as conductor of the Children’s Orchestra Society of New York, musical director or IP Rondalla in Boston, a touring classical guitarist, and an award-winning composer. While I became a recording artist, composer, band leader and film documentarian.

Michael and I grew up in the Philippine provinces of Leyte and Cavite (respectively) listening to traditional music – the harana, kundiman, folk songs and rondalla music. Being both conservatory-trained, we instinctively applied classical constructs to the tunes we heard from our youth. It has become our mission to perform, arrange and compose tradition-based works without losing the original spirit of folk music.

After many years and a circuitous path, we arrive at the same spot to form a guitar duo  – performing music that reflects our musical sensibilities, values and cultural identity. 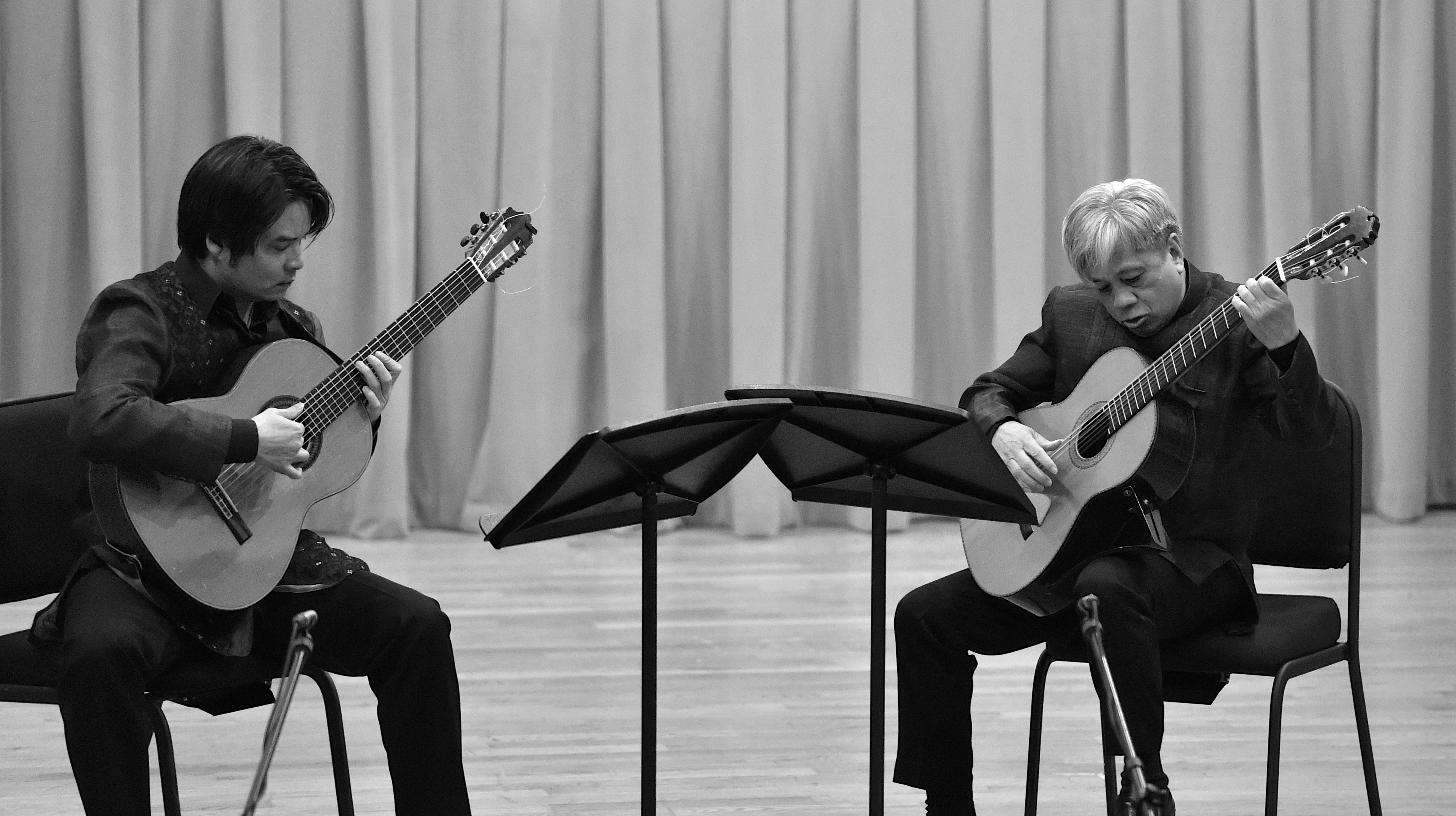